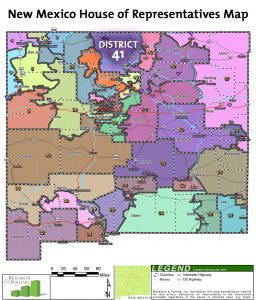 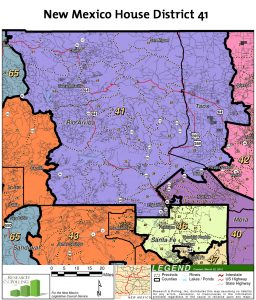 The New Mexico State House of Representatives is organized into 70 Districts (the Senate has 42). District 41, roughly the size of Connecticut, is located in the north-central part of the state and includes parts of Rio Arriba, Taos and Santa Fe counties.

More statewide House maps may be found on the NM Legislature’s website.

Click here for a closer look at District 41 maps, borders and communities.

If you have not already taken part in the 2020 census, please do so by clicking here.

Billions of dollars in federal funding for health clinics, fire departments, schools, and local roads and highways are determined by the census! In addition, the results define how many seats in Congress each state gets. YOUR RESPONSE MATTERS!

© Susan Herrera, all rights reserved.
Photos and content  may not be used without permission.